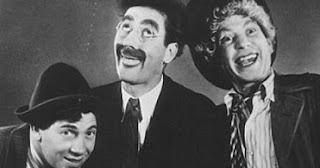 North America's free culture crusaders have been very busy lately trying to disrupt the progress of two international trade agreements, the Anti-Counterfeiting Trade Agreement (ACTA) and the Trans-Pacific Partnership (TPP). Why does free culture hate these agreements? Because they contain provisions for the protection of intellectual property and copyright across borders. Protecting copyright and free culture don't mix.

Free culture lobbyists have been attacking international IP protection since long before the recent SOPA/PIPA "consumer protest" organized by Silicon Valley. The Berne Convention of 1886, the WIPO Copyright Treaty (WCT) of 1996, and the WIPO Performances and Phonograms Treaty (WPPT) (also 1996) are all regular targets of the philosophy of free. The smaller the organized international consensus on copyright, obviously, the better things are for the anarchistic nature state that favours Google and other so-called "fair use" businesses that like to monetize other people's work. Therefore, disrupting international agreements is key to the free culture model.

So, for the past year or so we've seen Michael Geist et al ramp up what is now a very recognizable populist campaign of panic against the trade talks. ACTA and TPP will, of course, break the Internet and lock us all into some sort of corporate slavery... or something like that. The inflammatory rhetoric about lack of transparency, the encouraging of ill-informed street protests, the exaggeration of the overall level of concern. We've seen it all before, and what it boils down to is disruption of process for democratically elected governments.

Fair enough. Nobody said democracy was neat and tidy, and everyone has the right to protest.

Everyone... even Jeffrey T. Spaulding, the character played by Groucho Marx in the 1930 film classic, Animal Crackers.

I was directed to this open letter through a nasty article on the blog TechDirt, which as far as I can tell really, really does not like anyone who likes copyright. I read the open letter and took a quick survey of the signatories. Now, I'm not the world's greatest Marx brothers fan, but I did teach my kids to do Harpo and Groucho's mirror routine from Duck Soup when they were, like, five years old. Could there really be a Professor Jeffrey T. Spaulding at the Claude W. Pettit College of Law at Ohio Northern University? Well... no, there couldn't be, and there isn't. That's "Professor" Spaulding in the film still at the top of this posting, at a faculty brunch with two colleagues.

I guess free culture doesn't require actual, non-fictional, existence for participation in their authoritative open-letter campaigns. I wonder if Prof. Rufus T. Firefly will sign on next?

Thanks to Paramount Pictures and Universal Studios for the Marx Brothers image.

UPDATE (Friday, May 11): Groucho has been kicked out of the free culture movement for pranksterism and expressing opinions not in line with the principles of free culture. His character name has been removed from the open letter. He has not been seen since.