the cult of free - a user's guide 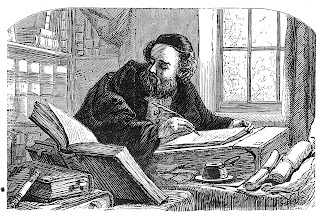 For those of us who make our living from copyright-protected works of art, the rise of the anti-copyright, free culture revolution - what I call the freecult - is a baffling and terrifying development.

Giving away one’s art is a longstanding and deeply beloved tradition in all artistic practices. I don’t know a single professional artist who has not done so for one reason or another in her/his career – and I know many, many professional artists. There have always been all sorts of ways for artists to voluntarily opt out of the copyright legal structure, and I would never argue against an artist’s individual choice to go "free."

But, the freecult is something entirely new – it’s not about voluntary recusal from copyright. It's not about individual choice or freedom at all. It’s about forcibly and dishonestly clawing copyright away from an entire sector of society – those who depend on it for their livelihood.

Here are the core strategies of the freecult:

Portray copyright as a corporate luxury. Big, bad corporations are such an easy target these days; it’s almost a no-brainer for the freecult to take aim at the corporate world. Therefore, organizations like Access Copyright are attacked as corporate interests despite the fact they are actually the collective interests of thousands of individual creative professionals.

Copyright is not a corporate right; it’s an individual right. For corporations to own copyrights, they have to somehow get them from the original creators, and this is usually done through purchase which, economically speaking, is a good thing. When artists can sell their work, they can, y’know, eat.

Interestingly, enormous, frighteningly powerful, and all-seeing corporations that insist on fair/free use of other's copyright-protected material get a free ride from the freecult. Apparently, corporations are only really bad when they protect copyright. When they work to undermine it, they should be sent giftbaskets.

Ignore the Universal Declaration of Human Rights. An inconvenient truth for the freecult is that copyright is defined and guaranteed to all of us in the UN’s 1948 UDHR, which unequivocally states everyone has the right to the protection of the moral and material interests resulting from any scientific, literary or artistic production of which [s]he is the author.

The Universal Declaration of what now? Look everyone – a corporation!

Push relentlessly to expand exceptions to copyright. US neo-conservative, Grover Nyquist, is famous for claiming he wanted to shrink government to the point where it could be drowned in a bathtub. Freecultists apply the same gruesome plan to copyright. They intend to shoot the law so full of holes, it becomes more hole than law.

This strategy is behind the current drive to interpret Canada’s fair dealing provisions so generously as to destroy collective licensing for educational materials. Despite testifying before Parliament last year that they would not use fair dealing to circumvent collective licensing, that is precisely what prominent freecultists like Michael Geist are advising universities to do. A small number of Canadian universities are following this siren song of free educational materials. But just try not paying tuition, and see how far the freecult really extends at these schools.

Make it all about libraries and school kids. Perhaps the most cynical play in the freecult manual is the attempt to drive a wedge between artists and their natural partners - libraries and schools. When librarians and teachers hit the picket lines to defend their own positions, they are immediately joined by writers and artists showing support for such vital institutions. Margaret Atwood was the public face of the recent Toronto Public Library budget advocacy campaign. That some teacher and library groups would turn around and oppose the payment of copyright royalties to Margaret Atwood and her fellow writers is a shameful betrayal.

Sadly, in Canada, the freecult now claims a small number of radicalized librarian and teacher members, well-paid folks with full time jobs whose very existence depends on cultural product yet who will go to the barricades in order to avoid paying pennies per copy of an artist’s work. Won’t somebody think of the children?

Oppose all attempts to stop piracy, by making exaggerated claims about “freedom”. The SOPA/PIPA blackout protests in the US were just the latest attempt by the freecult to make sure the Internet stays as lawless and unregulated as possible. Google and Wikipedia spread panic that anti-piracy laws would break the Internet when all they intended to break was piracy’s illegitimate hold on artists’ earnings. In a recent speech, British Publishing Association chief executive Richard Mollett had harsh words for “the tactics of [freecult] lobby groups, who have ‘the temerity to appropriate the language of freedom of expression as a cloak for their tawdry theft’".

The freecult is now in the habit of crying wolf about every proposed regulation of the Internet and protection for copyright. In the meantime, professional artistic creation is under an unprecedented attack of thievery.

Pretend there isn’t a freecult revolution. Canadian freecult commando, Michael Geist, is fond of saying the “changes” he wants to see for copyright law are evolutionary, not revolutionary – as though the deliberate removal of rights from an identifiable group in society is, you know, just the way we’re going right now dudes. Don’t be fooled. There is a radicalized brain trust at work against copyright, and like all revolutionary movements it has its foundational text. American law professor Lawrence Lessig published his book Free Culture in 2004. Everything we hear from the freecult today is little more than unattributed quotations from that book.

Bully, swarm, baffle and censor. I‘ve been publicly questioning the logical fallacies and incorrect facts behind the freecult since before Lessig published his book. Over the last decade I have been called a shill, a troll, a lawyer (that’s really below the belt), and a host of unprintable names. I’ve also been physically threatened, subject to intimidation, and falsely accused of all sorts of nasty acts and opinions. As well, I’ve had my opinions and words removed and censored from prominent freecult “open forums.” That’s right, the folks who brought you censorship fears around anti-piracy legislation regularly erase and destroy evidence of opinions contrary to the freecult. They are the true censors.

These tactics will only get worse as the stakes get higher. Recently in the US, we saw a freecult “remix” of McCarthy-era intimidation with silicon valley Congresswoman Zoe Lofgren demanding the names of Hollywood lawyers who dared to talk to the Library of Congress’s Register of Copyrights.

Make no mistake, the freecult exists… and it wants your rights.

As always, thanks to the Devil's Artisan for the woodcut image of a scribe.

And an important reminder to potential commenters on my blog - I cannot accept anonymous or pseudonymous comments anymore. That practice leads to unending freecult SPAM and malicious attacks. If you wish to express an opinion on what I've written - for or against - please honestly identify yourself and give some context for your comment. Otherwise, your comment will not be published and I will not read it.
Posted by John at 2:27 PM

Facebook will not permit me to post a link to this! They claim the source is dangerous for spam, etc. Have tweeted it at least, but wish I could share it otherwise too.

Yes, apparently Facebook has deemed my entire blog to be too spammy. Not sure if that's facebook being strange or something to do with the newlook for the blog itself. I certainly shared my last Book Room posting without any incident, so it is likely isolated to a link in this posting. I will look into it.

Thanks for sharing as widely as possible.

And to the anonymous bravehearts who are now spamming me with profane comments - I won't be publishing those comments. Continue to waste your time if you wish.

There are close to 3,000 comments on my site, most of them idiotic attacks on professional creation by freecult warriors. They remain here as a matter of public record, despite being barely intelligible. But I am under no obligation to continue to publish spam, and I won't, especially from anonymous or pseudonymous folks with nothing to say and, clearly, nothing else to do.

Excellent piece. Very frustrating not to be able to share...

I've checked every link on my homepage, and removed all links from the posting, and still no facebook sharing. Starting to look mighty suspicious to me.

As well, I was hacked yesterday and had my computer shut down by viruses. The delightful, good-faith debating style of the freecult in action.

Facebook has also sent my blog, Canadian Magazines (canadianmags.blogspot.com) to Coventry and now I'm beginning to think it's because I've posted items that refer to your blog! Still, it was worth it. Nice piece about the freecult.

Dear John! You go! Check my Facebook page Tucky Parkis. I posted this article. I had to become a teacher when they started stealing my work online. I can't sell a CD. My students said, "I don't need it. I got it online for free!!"

This was powerful stuff. Especially: "Lawrence Lessig published his book Free Culture in 2004. Everything we hear from the freecult today is little more than unattributed quotations from that book."