the attack on creativity 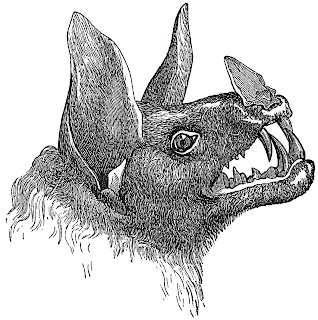 (free culture's opinion of me - a visual representation)

In the spirit of know thine enemy, I spend a bit of my free time sifting through the various anti-copyright comment streams (and there are quite a number of them) on the Internet. Boing Boing will give you some classic examples, but really most comment streams after any copyright story in the major press are prime hunting grounds for spotting the ever more common beast I call... the classic anti-copyright attack on creativity.

I know folks who have turned this hunt into a drinking game. If someone mentions buggy-whip manufacturers: take a swig of beer. Any use of the the acronyms RIAA, CRIA or MPAA in any form (but especially if there's a "clever" reworking into MAFIAA), take two swigs. If the Boston Strangler makes an appearance: take a shot of the hard stuff. The free culture folks who inhabit comment streams across the net don't seem to have the initiative to come up with new material, so this can be a dangerous game to play.

I also spend a lot of time on this blog debunking aspects of free culture theory - not because I don't like free speech, not because I hate liberty, and not because I never learned to share as a child (I've been accused of all three). No, I'm suspicious of free culture because I have seen again and again that it is built on an almost total misunderstanding of what really goes on in the cultural industries. That so much of this misunderstanding comes straight out of otherwise respected institutes of higher education is an unfolding tragedy that will take, I think, a couple of generations for society to really get a handle on.

In my piecemeal picking at free culture, I attract a lot of anger and bile. A LOT.

So much of it is hidden away in unread comment streams, the general public might not be aware of just how ugly things can get for a pro-copyright advocate. So, I've gone out, captured one of those ugly comments, and brought it back here for you to see. I caught this one in a roiling comment stream on Michael Geist's blog. Don't worry, I'll let it go when I'm done with it. Catch and release is the only way to go with free culture. All grammatical and spelling errors are original, by the way:


@degen, your's is a smugness and pretention that knows no bounds. Why you think you can lay sole claim to the moral high-ground in the 'copyfight' is beyond my comprehension. Your hyperbole is peppered with references to your superior understanding of the complexities of copyright law by you and your fellow literati. What is also outside the limits of discernment is your unfettered rebuke for anyone who dares challenge your markedly skewed perspective of copyright laws.

I am inclined to believe that your tireless and unscrupulous attacks at Geist, Knopf, McCormond et al is more than just a noble pursuit. Perhaps you are an adjunct associate at McCarthy? A paid shill for the CRIA? Chief Astroturf Officer at balancecopyrightforcanada.ca? Care to come clean and disclose your true monetary motivations? And I'm not interested in your usual rhetoric of 'protecting creators' and 'ensuring they get paid for their works' as the free market takes care of them just fine without you, thank you very much. That is, the free market takes care of those that deserve compensation just fine thank you very much.

Just what is your precious C11 going to bring you and your henchmen? This little pet-project of Minister Moore will not benefit creators in the least. However, it will create Canadian versions of Jammie Thomas and Joel Tenenbaum from which firms like McCarthy stand to make even more money with frivolous lawsuits and astronomical legal fees charged to innocent Canadians. Oh, wait, maybe that is your motivation?


This lovely piece of calumny was flung at me because I dared to note that Michael Geist responded to criticism by personally attacking the critic first instead of his arguments. This fellow at least had the decency to use his real name. Most of these attacks are anonymous or pseudonymous.

I encourage everyone to test my findings by experimenting with pro-copyright commenting themselves. Head on over to Boing Boing, or TechDirt or michaelgeist.ca and call out the obvious cattle droppings when you see them. Chances are the initial response will be a deceptively "polite" invitation to lecture you about how misguided you are, about how if you just understood the technology you'd see that piracy helps us all.

Reject Layer 1, but only do so wearing rain gear because your next interaction will look a lot like that classic bit of mud-slinging above. This is now the state of reasoned discussion about copyright reform in this country.

I did not write C-11. I have my own complaints about it (I've actually read it, and that helps when criticizing it). I am a paid shill for nobody. I do not work for a law firm or an astroturf manufacturer. My scruples are firmly intact. I do not employ henchmen (all that often). My pretension and smugness are held in check by my sons, who let me know every day just how wrong I am on most things - except copyright.

(Bat image courtesy The Devil's Artisan, from a collection of public domain wood engravings. And thanks to Quentin B. for the drinking game.)


UPDATE: I just checked over in Michael Geist's comment stream again, and came across a frighteningly threatening challenge to meet in person the folks who so revile me. That's the point at which debate, no matter how unseemly, is no longer worth it. To be clear, I debate about free culture in person, using my real name, all the time. The wording of this challenge was nothing but an attempt at physical intimidation. So, I'm done. I'll continue to talk about copyright over here, but there's no point left in going down into those trenches.

I knew you were a pistol on copyright John, but I never thought you'd have to consider acquiring a pistol.

You need to accept that you provoke these reactions because your opinions align almost exactly with copyright collectives’ and because, week in and week out, you show your opinions are based on selective interpretation of facts (like ignoring entire Supreme Court cases) or are just factually wrong in totum.

You attract these responses because, in short, you sound like a shill and are very often wrong. It galls a lot of people that you insist that support for “creators” can occur only in the context of payments to copyright collectives, or in the presence of payment at all.

You do great work, John, and the abuse you receive for it has always been appalling. Someone should hunt down and prosecute whoever is issuing threats -- if it's on Geist's site he should pay for it.

Thank you Sandy and Chris.

I have published Joe Clark's unwelcome comment to give a sample of the kind of reasoning being thrown at me this morning from the free culture side.

"We wouldn't have to hit you if you weren't so insistent on us not stealing your stuff."

My Supreme Court is not restricted to a single paragraph in the CCH decision. If you can show me where I have ever insisted that respect and payment are inseparable I will allow you to comment here again.

Let me save you some research time. I won't be publishing any more of your comments. All best.