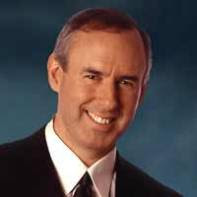 So, apparently, just with the vibrations in the air from the Campaign to Get Ron MacLean to Talk About Degen's Hockey Novel on the Air, the idea of books and hockey coming together has taken purchase over at Hockey Night in Canada. Before the Toronto Maple Leafs shut out the Ottawa Senators 3-0 last Saturday, Ron MacLean spontaneously started talking about the Giller-winning Late Nights on Air.

Clearly, the time for a books panel on the Hotstove portion of HNIC is now!

I was very pleased to hear Ron MacLean talking about Elizabeth Hay’s book on Saturday night.

Here’s a thought – how about a Hotstove discussion about hockey literature? Sure, the country loves to hear all the latest trade and injury rumours, but there is more to talk about in hockey, and Canadian books on the subject abound. One segment of one show devoted to books is good for the whole country. If nothing else, HNIC will be showing it cares about getting our kids to read more.

What would we talk about, you ask. Well, are you aware that one of the short-listed novels in this year’s Amazon.ca/Books in Canada First Novel Award has the Stanley Cup as a central character? Did you know the same book fictionalizes NHL history, so that Toronto wins the 1951 Stanley Cup only because of timekeeping error? That book is The Uninvited Guest, by Toronto novelist John Degen. This is good, Canadian stuff. So good, in fact, that three-time Stanley Cup champion Igor Larionov wrote one of the back-cover blurbs.

And this is not the only bit of hockey-lit Canadian writers have to offer. Dave Bidini writes great books about hockey (The Five Hole Stories). Brick Books will be bringing out a book of poems concerning Terry Sawchuk in the new year (Night Work: the Sawchuk Poems by Randall Maggs). As well, Vancouver novelist Stephen Galloway wrote a fine hockey novel a few years back -- Finnie Walsh.

I am writing to you as part of a large online campaign being run through Facebook. It is the Campaign to Get Ron MacLean to Talk About Degen's Hockey Novel on the Air, and while it may seem funny, we’re all pretty serious about it. We love the hockey, but we also love books. Bring our two loves together for one Hotstove discussion sometime this season – please. Maybe even get the authors on as your satellite panelists.

More on The Uninvited Guest here:

If you feel so inclined, please copy and paste the letter and send it off yourself. E-mail for the proper e-coordinates if you only want to work digitally.
Posted by John at 3:12 PM