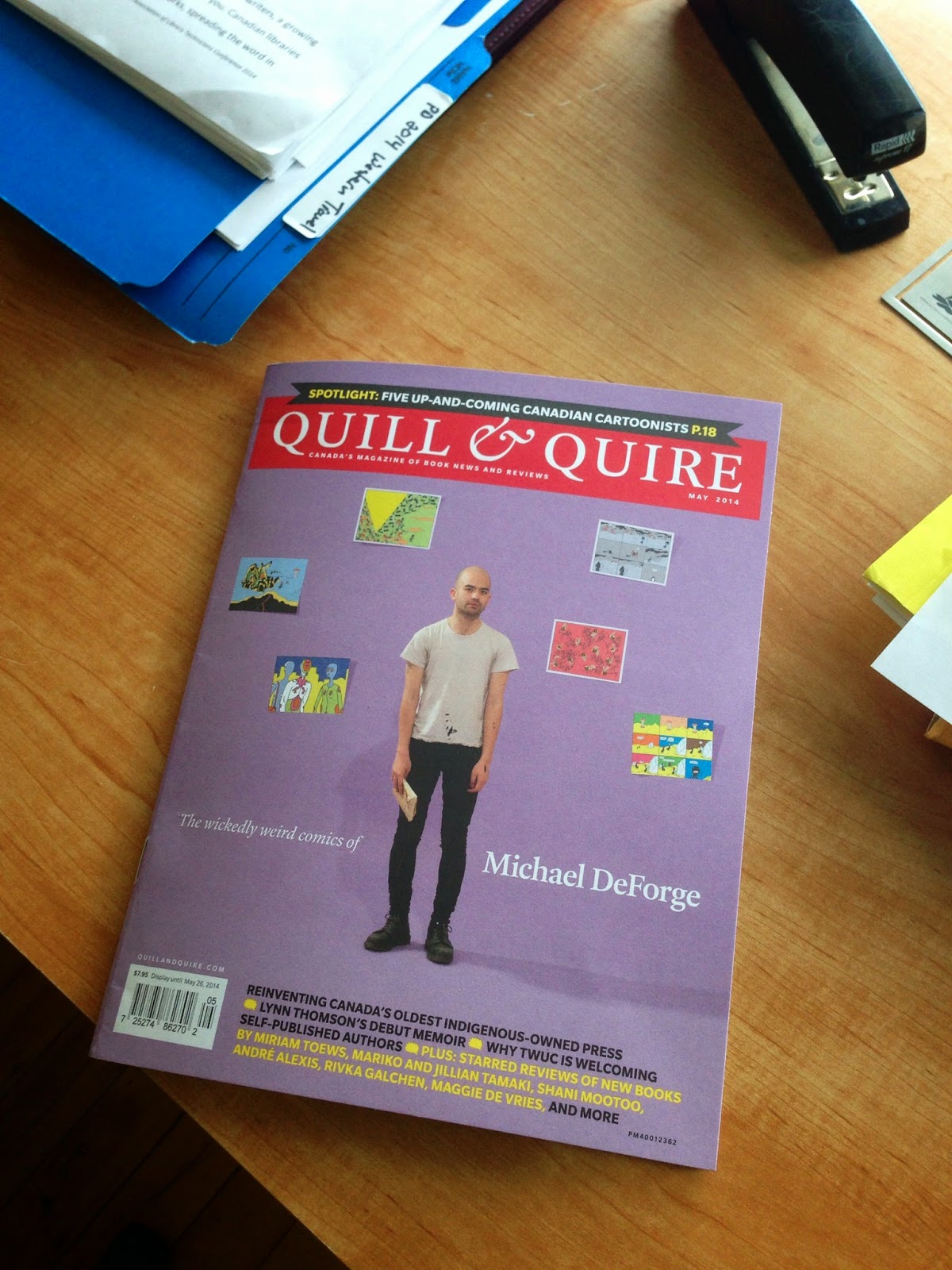 The latest issue of Quill & Quire magazine contains an excellent investigative piece by Julie Baldassi on the mounting damage to Canadian educational publishers from the loss of millions of dollars in royalties after schools, colleges and universities cancelled collective license agreements. Jobs have been lost, more losses are expected, and the viability of an important industrial sector is in doubt.

Most striking in the article are details about how promises of greater direct contact between educational institutions and individual publishers appear to have been made of air. From Baldassi's article:

... the Association of Universities and Colleges of Canada has encouraged members to set up internal copyright offices, but publishers interviewed for this story say they have rarely been contacted by individual institutions in this regard. (The AUCC declined to comment.)

Of course, why would an institution seek clearance to use content it is claiming for free?

While schools like the University of Toronto make much of their materials budgets and the amount of money their students are spending on full books, a claim of free copying for entire chapters of books can do nothing but reduce overall spending on content. This is from U of T's press release after license negotiations ended:

It’s true, of course, that universities are communities of creatives. Many, like U of T, even teach courses in professional creativity. This year, U of T is offering a class called Playing the Short Game: How to Market and Sell Short Fiction. The prerequisite for this class is that students should have at least “one story completed and ready to send out to market.” From the U of T website:

Of course, by U of T’s very own copyright policy, there are, functionally, no rights or licensing possibilities for short fiction within the educational market. You pay tuition to learn how to sell your short story. They won’t pay for that short story.

Here’s a very fuzzy photo I took with my iPhone in the University of Toronto campus book store yesterday afternoon. Sorry about the poor photo quality. Sad irony makes my hand shake a little. 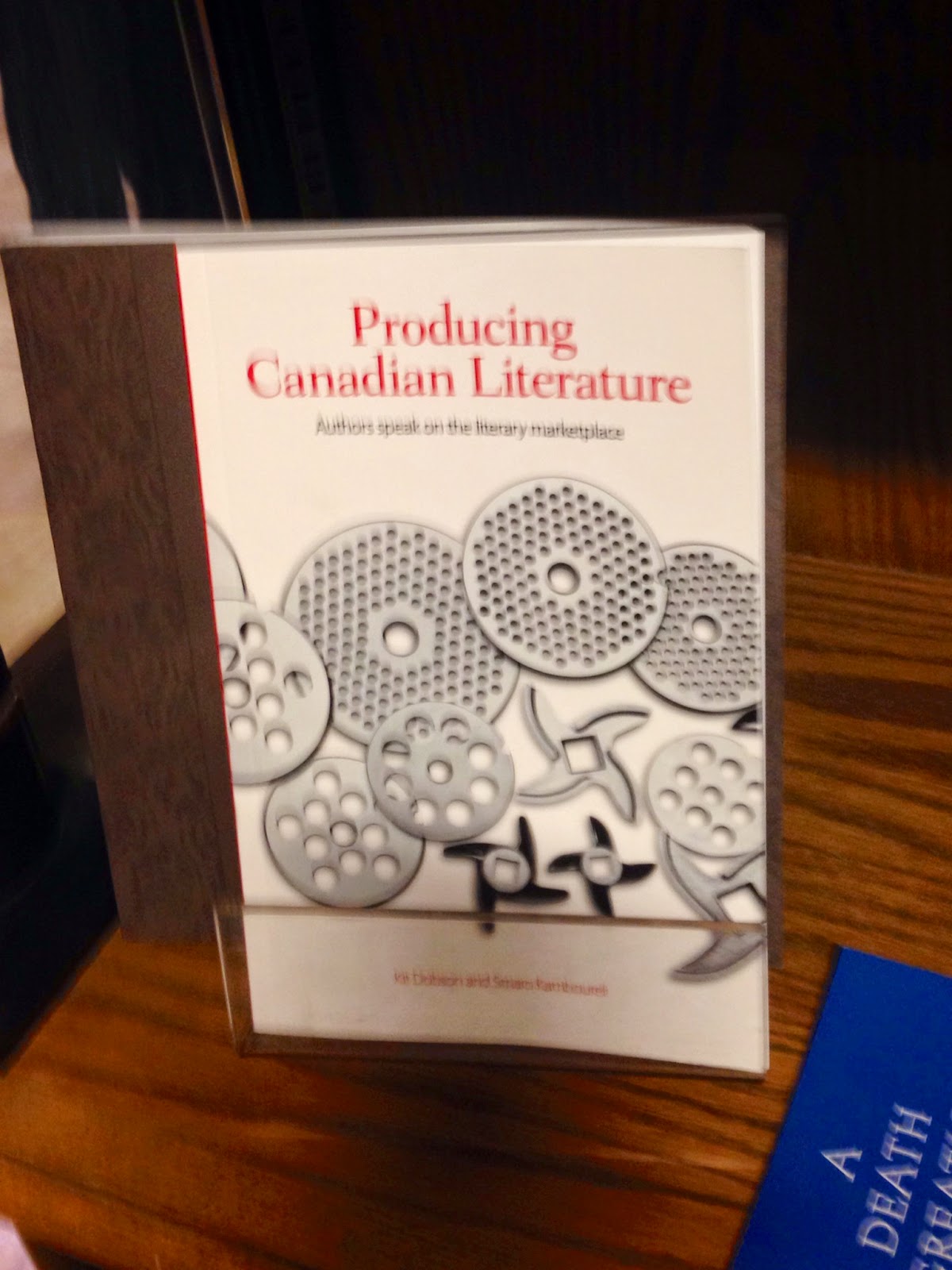 The book in the photo is Producing Canadian Literature: Authors Speak on the Literary Marketplace, by Kit Dobson and Smaro Kamboureli (Wilfrid Laurier University Press, 2014). It was displayed on a shelf reserved for "University of Toronto Books" but I can’t for the life of me figure out why. From the WLU Press website:

Producing Canadian Literature: Authors Speak on the Literary Marketplace brings to light the relationship between writers in Canada and the marketplace within which their work circulates. Through a series of conversations with both established and younger writers from across the country, Kit Dobson and Smaro Kamboureli investigate how writers perceive their relationship to the cultural economy—and what that economy means for their creative processes.

This book would really fill out the reading list for a course like How to Market and Sell Short Fiction, wouldn't it? Except, any one of the chapters from that book is now fair game for free copying if universities get their way on fair dealing. What would that outcome mean for writers’ “relationship to the cultural economy.”?

Do schools, colleges and universities really copy that much? Of course they do. My own kids’ school materials from day one have been mostly photocopied individual sheets. I can count on one hand the number of actual books they’ve brought home from school. Copying is rampant in education.

It appears the University of Toronto copies so much it’s willing to go to court to stop the rest of us from knowing just how much it copies. This recent public ruling from Canada’s Copyright Board notes the university went to the Superior Court of Ontario in an attempt to keep “evidence” of their copying practices from appearing before the Board. I hope we can all agree - in the spirit of open access to information - it’s a very good thing indeed that both the Superior Court of Ontario and the Copyright Board denied U of T this gambit.

There’s a popular suggestion that, with the transition to digital course packs from the printed variety, we are entering an era of less copying. Nonsense. As this slideshow from the University of Minnesota clearly shows, digital course packs realize a cost savings for students over both printed packs AND textbooks, which means the trend is toward even more copying in the educational environment.

What may be true is that copying in schools will simply become less apparent to those being copied. Digital course packs don’t appear on bookstore shelves. And without access to research numbers who knows how many students take delivery of each course pack offering in the digital realm? In the new era, it may be up to individual authors to file information requests with individual universities, just to find out if their work is being studied. And who knows if the information will be forthcoming? U of T’s appeal to the Superior Court of Ontario is certainly not an encouraging sign for authors.