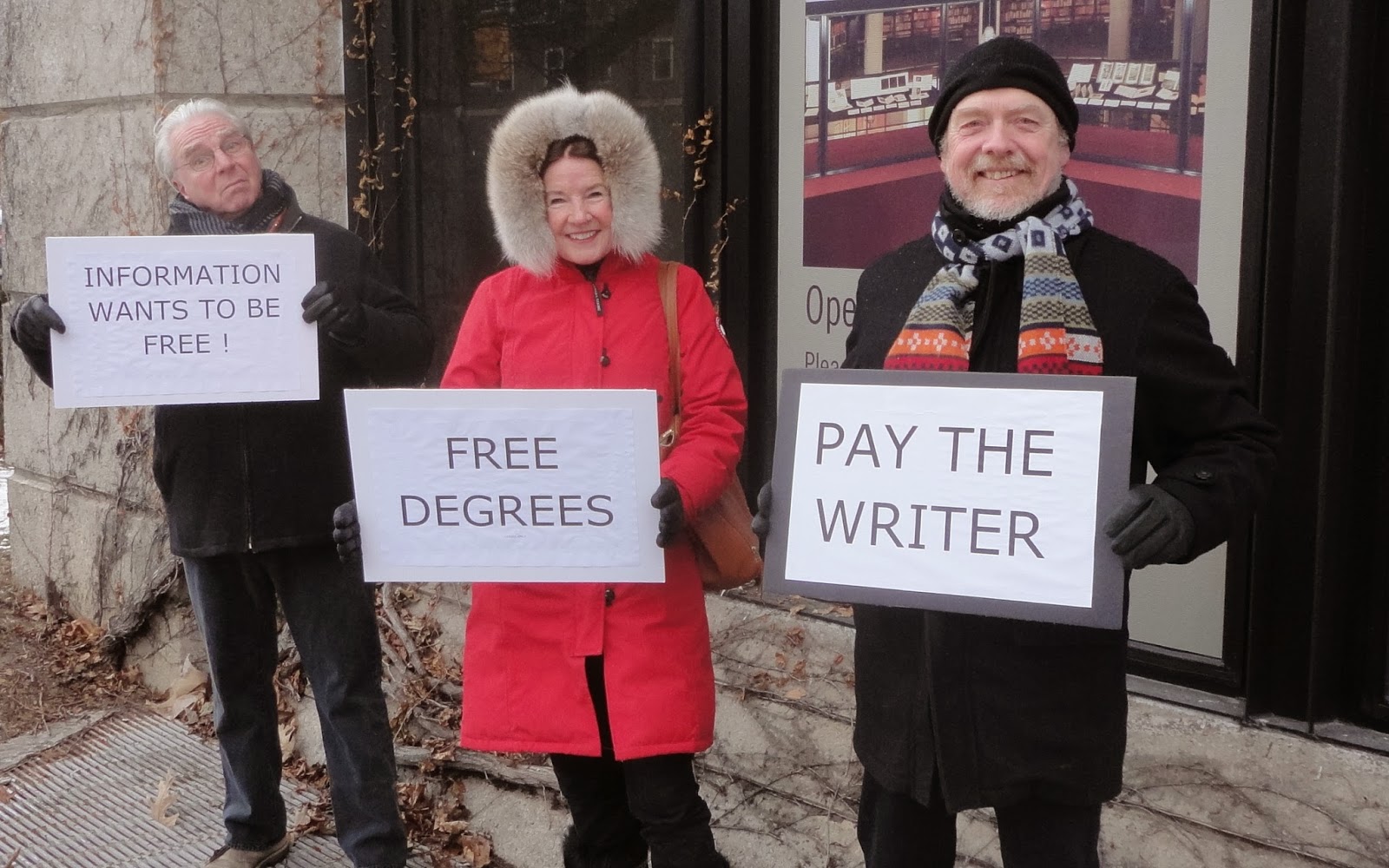 
Through my day job at The Writers' Union of Canada (TWUC), I helped to organize a small protest at the University of Toronto last Friday, taking aim at U of T's (and several other large Canadian universities') new guidelines for how students and professors can copy published work on campus. As I detailed in the last posting here, U of T is attempting to save less than 1% of their annual surplus (which topped out at, let me see, $173 million in 2013) by not paying copyright clearance (through collective licensing) for entire short stories, entire book chapters and up to 10% of any published work.

U of T's guidelines mean that a professor teaching "the art of the Canadian short story" to hundreds, even thousands of tuition-paying students (U of T collected close to a billion dollars in tuition and fees from students last year) could go to the library, photocopy one story from twenty different Canadian collections written by twenty different economically struggling writers, squish those stories into the "U of T Canadian Short Story Reader," print off hundreds, thousands, tens of thousands of copies of that course pack collection, sell it to her students over the course of years WITHOUT ever asking permission of the writers, WITHOUT even informing the writers, and certainly WITHOUT paying the writers, as Al Purdy would say, "a goddam thing." 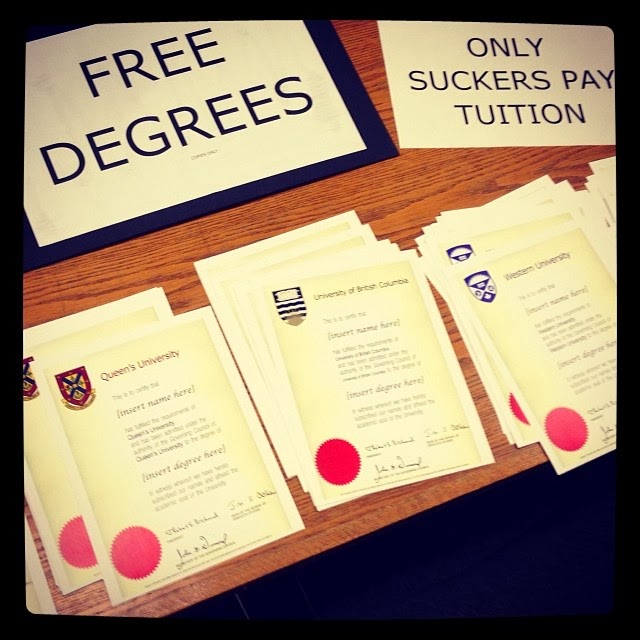 To show just how ridiculously unfair such a policy is, and how damaging it will inevitably be to both our collective culture AND the education system that depends on there being a culture, members of TWUC's National Executive, writers, and staff from other writer organizations (thanks to the Professional Writers Association of Canada (PWAC) for sending their talented ED, Sandy Crawley!) handed out free copies of university degrees outside U of T's main library, the John P. Robarts Research Library. If our work is up for grabs and free to copy and distribute, then perhaps everyone's work should be, including the formerly exclusive work of conferring educational qualifications on folks. The degree we copied was my own Master's Degree from the University of Toronto, for which I paid thousands of dollars in tuition (like a sucker, apparently).

We took photos of the action (see above), and we had a professional videographer recording everything (stay tuned). It was -17C before factoring in windchill that morning, and the sidewalk outside Robarts is one of the windiest spots in Toronto (insert "academic bluster" joke). And, we got the reaction we were looking for - students laughed at the idea of free anything, but gladly accepted the copies, and we had several unnamed profs stop to register their support for our action. At one point, we moved inside the library and started quietly distributing degrees and info sheets to students at the library computers. Within minutes, we were kicked out by security. All hail free thought.


The protest was covered by Quill & Quire and columnist Joe Fiorito at the Toronto Star.