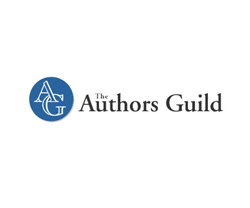 This week, a group of authors and author organizations from around the world filed their reply brief  in the appeal of a ruling in the HathiTrust* digital library dispute. Last October, Judge Harold Baer of the US District Court ruled that the unpermitted scanning and storing of copyright protected works was excused by the US fair use provision in large part because he saw that work as transformative. To an author, that's a lot like saying by taking your bike, I am transforming it into my bike, but let's leave it to the courts to carry on consideration of what is fair and what is not.

The legal action on behalf of authors' rights has been shepherded by the good people at The Authors Guild in New York, and is joined by writers and organizations from as far away as Australia, Sweden and, yes, Canada. The Writers' Union of Canada (for whom I toil as executive director) is one of the named plaintiff-appellants in the case. I refer you to the website of The Authors Guild for detailed background on the case.

The short story of the dispute is that a number of US universities agreed to allow Google to scan and digitize their physical collections in order to create an online joint collection called HathiTrust. For their trouble, Google was allowed to keep a digital copy of each book for their own purposes (and you thought they were doing it out of the goodness of their hearts). Unfortunately, neither the libraries nor Google bothered to ask the permission of the creators and owners of the millions of copyright-protected works included in the scanned collection. As a bonus project, HathiTrust intended to start publicly releasing what they called "orphan works" from the digital collection - books for whom they believed the copyright-holder was unfindable (not that anyone was seriously looking, as noted above). Authors sued, over both the scanning and "orphan"-release. The orphan work project was abandoned by HathiTrust after rather embarrassing revelations of living, breathing, extraordinarily findable authors on the orphan list... and then Judge Baer ruled that the original scanning had been fair use.

What a mess. So, authors are attempting to clean up the mess with an appeal.

This, in my very biased opinion, is a very well argued brief, and it's refreshing to see the some of the standard free culture red herrings filleted by common sense logic. I encourage everyone to go and read the entire brief themselves - as legal arguments go, it's surprisingly entertaining, with an engaging plot and a great cast of characters, from novelist Jack R. Salamanca who was forced to take a turn as a Monty Pythonesque "not dead yet" so-called orphan, to Maria A. Pallante the US Register of Copyrights who is direct and unequivocal in defining the author-centred value of copyright to society:


"As the first beneficiaries of the copyright law, authors are not a counterweight to the public interest but are instead at the very center of the equation. . . . A law that does not provide for authors would be illogical – hardly a copyright law at all. And it would not deserve the respect of the public."

The libraries in question seem to be arguing from a position of "stewards of information," taking up the Google-inspired utopian vision of a universal library of all human endeavour. The author appeal expresses valid concerns about such stewardship, arguing that by storing digitized collections online, HathiTrust has exposed copyright-protected works to the considerable danger of inadvertent release. A library, after all, is not a place you go to just willy-nilly take books - there are always restrictions and security protocols in place, and, by the way, pre-negotiated agreements between all the players involved (including the authors of the books).

As the AG brief points out:


"If not for the commencement of this lawsuit, the Libraries’ carelessness in implementing their OWP [orphan works project] would have led to the public release of many copyright-protected books."

In other words, HathiTrust has already proven a level of incompetence in stewardship of the books in its collection that should concern us all. The recent FaceBook information breach is just the latest example of the extreme insecurity of online storage and transfer. Even if it hadn't been on the verge of exposing work by its own initiative, what possible guarantee can HathiTrust offer authors that unpermitted copies of their works will not leak onto pirate sites, all but destroying their economic value?

For me, though, the most cogent point in the reply brief is one bringing into focus a basic misunderstanding that seems to crop up again and again in the free cultural attack on copyright - the (deliberate?) confusion of a creative work and a copy of that creative work. Back when we depended on Belgian monks to do our copying, the difference between originals and copies was probably much more apparent than it is today, but in the digital age, originals and copies can be all but indistinguishable. Of course, just because they don't look different, does not mean they aren't different - and the root of their difference is in the rights that adhere to them.

Originals have all their ownership and copying rights attached until such time as some of those rights are assigned elsewhere through sale, licensing, barter or gift. Copies, generally, have few rights attached - most especially, they do not have copyright attached. In other words, owning a copy of Dan Brown's latest does not give you the right to take a meeting with a Hollywood producer in order to profit from sale of the movie rights to Dan Brown's latest. You can try to get that meeting...

Confusion between copy and original is at the heart of the problem with the "transformative" argument that seemed to win over Judge Baer. An author understands the word "transform" to mean the making of something entirely new - in other words, a new original (with a bunch of new rights attached). Would an author make an exact copy of someone else's novel and then say - hey, presto! - I have transformed the work into my own novel? I mean, without at least adding some zombies or vampires or something?

It's pretty hard to see how HathiTrust can argue they have created an entirely new thing when all they've done is made an exact copy of an original and then stuck it in a searchable database. As stated in the reply brief:


"merely articulating a new “purpose” for a copyrighted work, without changing or adding anything new, is not enough to render the work transformative."

In the end, it always boils down to the same thing. Respect. If you respect the work enough to want it in your vast digital collection, perhaps you should respect it enough to actually obtain the right to do so.


*One presumes HathiTrust chose to name itself after a famous literary elephant in order to draw a metaphoric connection with the elephant's famed memory. What it may have overlooked is that the character Hathi in Kipling's Jungle Book series detests capture and, in fact, destroys a human village as payback for having its basic rights denied. Just saying.
Posted by John at 12:24 PM

I stumbled across your blog via the Copyhype blog which had linked to another of your posts. My thoughts about all issues copyright are complex and evolving. But in looking at this post, I am left wondering exactly how you feel about making all works available digitally. You clearly despise Google so I assume that you do not want that to be the route pursued. Do you hope to see all books and similar works preserved digitally and if so, how would you suggest this is done? And while some "orphan" works are not truly orphaned, many are. What would you propose be done about such items? Should we just let millions of items be lost as some copyright absolutists seem to prefer? I saw a story recently that showed that the bulk of mid-20th Century books are simply not available at all in a digital format. With the imminent demise of physical books and newspapers, I worry that huge swaths of cultural content will simply slip through our fingers...if an item is not discoverable electronically, it will in effect not exist. Yes, I know many authors and traditionalists bemoan the move to an all-digital future but any realist should acknowledge that this is where we are headed, and fast.

I will take polite issue with a couple of your assertions.

First, I do not despise Google. I use Google search as much as the next person (and I believe we are talking on a Google-owned platform right now) I do despise mendacity, and I think Google indulges in it in the book scanning project and subsequent legal fallout. I maintain there is no good reason, other than an unwillingness to do the necessary work and pay the necessary money, for Google or anyone else to respectfully seek permission from rightsholders.

Secondly, I see no imminent demise of print culture. Yesterday evening, I toured my son through a print shop here in Toronto, and there were the pressing, busily creating more wonderful books. As we learned from reading Double Fold by Nicholson Baker, paper and print have, actually, a remarkable shelf life - longer in fact than many of the technologies that claim to want to preserve texts because of print's imminent demise. This being the case, we can afford to - once again - do the necessary work and pay the necessary money to carefully, properly, respectfully and legally digitally "preserve" our print heritage.

I simply do not buy that we are in an emergency requiring a universal digital library. So called orphan works are already "available" in library collection around the globe.