Ontario poet Christian Bok (he's just spending a bit of time in Calgary, that's all) has pulled off another poetry coup. Seven years ago, his book Eunoia (Coach House Books) became the bestselling book of poetry (ever) in Canada. And now, this past holiday season he's not only managed to get the book published again (in England, by Canongate), but it has reached the top of the British lists as well.

I ran into Mr. Bok at a holiday party last month, and his head seemed no bigger than usual. Well done, sir. 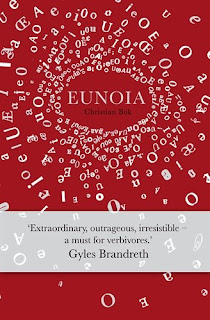