how it should be done 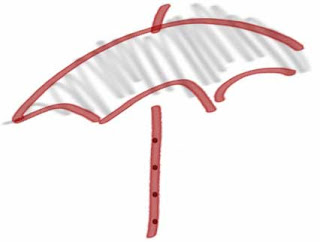 Thanks so much to the excellent sculptor Julianna Yau for drawing my attention to the Organization for Transformative Works. I now know where to go if the ghost of Arnold Lobel comes after me for my Frog and Toad adaptations.

In all seriousness, I want to congratulate the OTW for addressing the question of fanfiction and other derivative works within the current copyright system in an intelligent, serious-minded and generally respectful way. If the overall copyright debate were handled with this much honesty and true balance, we'd be done now. In fact, the appearance of such a group right now is making me think that the actual struggle for copyright reform is less a struggle than it is a moment of education. Those truly interested in understanding how new technology and new practices inspire adjustments in our behaviours, are learning from each other and moving forward. Those pushing pre-formed or half-formed agendas, merely push.

I've gone through the OTW site in some detail. Here are a few highlights, and a couple of petty quibbles.

-- Copyright is intended to protect the creator's right to profit from her work for a period of time to encourage creative endeavor and the widespread sharing of knowledge. But this does not preclude the right of others to respond to the original work, either with critical commentary, parody, or, we believe, transformative derivative works.

-- The mission of the OTW is first and foremost to protect the fan creators who work purely for love and share their works for free within the fannish gift economy, who are looking to be part of a community and connect to other fans and to celebrate and to respond to the media works that they enjoy... While some transformative works legitimately circulate in the for-profit marketplace-parodies such as The Wind Done Gone (the retelling of Gone With The Wind from the perspective of a slave), critical analyses that quote extensively from an original, "unauthorized guides," etc.-that really isn't what fanfic writers and fan creators in general are doing, or looking to do.

-- While case law in this area is limited, we believe that current copyright law already supports our understanding of fanfiction as fair use. We seek to broaden knowledge of fan creators' rights and reduce the confusion and uncertainty on both fan and pro creators' sides about fair use as it applies to fanworks. One of our models is the documentary filmmakers' statement of best practices in fair use, which has helped clarify the role of fair use in documentary filmmaking.

-- If fanfiction is legitimate, wouldn't that also mean that publishers or studios could produce derivative works without compensating the original authors?... No, it doesn't. Profit matters, and the degree of transformative quality matters: telling stories around a campfire, freely sharing nonprofit fanfiction, summarizing plot in a book review, or making a documentary film about fans, is not the same as a major commercial derivative enterprise like making a major TV miniseries out of a novel.

And that's just a few short quotes. These people are comprehensive! I encourage everyone to look through their site.

-- One of the founding individuals at OTW is a professional author, and takes pains in the FAQ to distinguish between what she does for a living and what fans do. I'd bring that right up front and put it on the home page. It's sort of central to the whole discussion, and includes the acknowledgement that the original creator is actually a key partner in fan activity. In fact, I wonder why "respect for the original work" is not listed anywhere in the core values.

-- What's with the umbrella? I don't get it? What is there about fanfiction that suggests an umbrella as a logo? Is this a Mary Poppins reference?

I try to keep the quibbles list shorter than the highlights list.
Posted by John at 12:29 PM

That does look like a useful organisation. Thanks for bringing them to my attention. They appear to be US-based and focussed, of course (incorporated in Delaware, talk about "fair use", etc), where users enjoy the much broader "fair use" rather than the Canadian "fair dealing".

As such, I hope that you weren't intending to imply that the situation for fan fiction creators in Canada is as good as their FAQ indicates it is in the USA.

Perhaps your intent was to advocate that Canada adopt a US-style "fair use" regime ?

Nope, I was intending "to congratulate the OTW for addressing the question of fanfiction and other derivative works within the current copyright system in an intelligent, serious-minded and generally respectful way."

Differences between US fair use and Canadian fair dealing are definitely worth examining, but I'm not sure how a wholesale adoption of any US policy on anything would be in the best interests of Canadians. And I don't mean that in an anti-American way. I spend a lot of time in America and love the culture. I mean, simply, that we are a unique and sovereign people who can come up with our own laws.

OTW is an excellent model for copyright reform, which is an ongoing process beyond borders. They are a group of people interpreting existing law and insisting on their rights within it. They do so respectfully and intelligently, without sowing panic or conspiracy theories. That's, as I say in the post's title, how it should be done.

I don't see how they're a model for copyright reform, I'm afraid. They believe that in the US they already have the rights they need to create the works they want to create. Hence, no need for any reform.

If they were based in Canada, they'd no doubt be calling for "fair dealing" to be expanded, because they wouldn't have the rights they need.

I do agree with you that differences between the US's fair use and our fair dealing are worth examining, and that we should be aiming for a "made in Canada" approach.

Reform does not necessarily have to mean changing the law. The OTW are insisting on rights, or an interpretation of the law, that could easily be chilled away from them through punishing litigation. They seem even to have set up a legal contingency fund or unit or something to address litigation if it comes.

I have said many times that the problem of litigious chill might be more effectively addressed not in copyright, but in laws governing litigation. It should not be possible for the more powerful or well-resourced side in a dispute to shut down the process of deciding a question of law simply because of the punishing costs involved.

PWAC has been financially supporting the various disbursements in theHeather Robertson class action against Thomson Corp. for over a decade. We are very much in a David and Goliath situation with that case (still undecided despite the Supreme Court ruling), and were it not for the marvelous and generous pro bono work of Heather's legal team, the case would never have gotten as far as it did. No writer group has the money to take on a major media conglomerate in court.

Back to the OTW -- I admire them because they are trying to educate and change hearts and minds, rather than engage in some grand revolutionary, theoretical redesign based on notions of where technology is taking us. They root themselves in the real world. I like that.

A well-compiled post, John. I'm glad you enjoyed the link.

What I found to be a refreshing point of clarity from the OTW was distinguishing between plagiarism and fanfiction. A while ago, one of my good friends asked why we're not dealing with copyright infringement the same way schools handle plagiarism. Obviously, it's a thought worth pursuing!

John, I agree with you that OTW is a great thing, however I also agree with Chris's comments. They do have an easier time in the States with their fair use laws.

The laws most definately need to be changed. Even in the States the law is very unclear about what is acceptable transformative usage and what is not. That ambiguity is often used as a mallet to beat down the fanfiction authors.

I would like to see fanfiction or 'fair use' explicitly defined in copyright law so that fanfiction authors do not have to worry about grey legal zones.

"It should not be possible for the more powerful or well-resourced side in a dispute to shut down the process of deciding a question of law simply because of the punishing costs involved."

I think we all agree with this statement, and the best way to achieve it is to have 'fair use' defined as clearly as possible in law.

I would also suggest that that is what Giest's Fair Copyright group is primarily about.

I think the expectations around avoiding plagiarism and avoiding infringement should be very similar. The rules for avoiding plagiarism are clear enough, though somewhat complex in practice. Complexity as an element of certain rules or laws is unavoidable. It therefore becomes the responsibility of each individual to educate herself about the complexity, and try in good faith to navigate it.

What I appreciate about the OTW is that they seem willing to accept their own responsibilities under copyright, while insisting on rights. I do not see enough of that kind of approach from those who protest copyright law as though it is some sort of necessary "evil" within our society. And even those who want genuine user-focused reform have not done enough, in my opinion, to distance their position from this sloppy notion.

Denouncing the radical fringes of our own positions is, I believe, a key to successful reform. I make no excuses for bullying corporations who have become bad actors in copyright. In fact, I fight them publicly in my work. Yet I am routinely advised to think of outright piracy as a valuable marketing tool.

It reminds me of being back at university and listening to certain complaining fellow students whose outright laziness in their own scholarship was marketed as brave philosophical resistance to the rules of the academy. Ho hum.

This posting has been blogged about by one of the OTW board members: