It's been a while between posts. My apologies. Without the Toro column kicking at me, I've been concentrating on other writing projects, like a book of poems I will soon owe to the good people at the Ontario Arts Council.

There may be wine poems involved in this new collection-- entitled 109 Details and available, if all goes well, next year sometime. In the meantime, go and buy Al Purdy's 1968 collection Wild Grape Wine to witness grape as muse. You'll have to be resourceful to get this book, as it appears to be out of print and I won't sell you my copy. No doubt, most if not all of the collection appears in the Collected Poems, which is still in print. 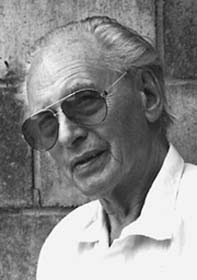 For a small taste, a sip as it were, here's a bit from Purdy's The Winemaker’s Beat-Étude:

I am picking wild grapes last year
in a field...

I am satisfied with my own shortcomings letting
myself happen then
I’m surrounded by Cows...


What happens to old Al after the cows surround him while he's picking wild grapes? Go get the book (the poem also appears in Rooms For Rent in the Outer Planets, a later selected edition from Harbour Publishing.

Al Purdy summered for decades on Prince Edward County, in a lovely little town called Ameliasburgh (where he lies buried beneath a book-shaped gravestone). You could say this late great Canadian poet was one of the first serious winemakers in this new wine region.
Posted by John at 12:39 PM